[Update: 26-2-2022] The foo2zjs download link from rkkda seems to be offline.
According to a post on the Ubuntu Forum foo2zjs can still be downloaded from a mirror on Github.

I managed to successfully install the HP Laserjet 1018 printer on a Raspberry Pi 4 with Raspbian Buster by following the instructions below. It makes use of the foo2zjs linux printer driver.

These instructions are based on andrum99’s blog-post which is available on the Internet Archive.

END_OF_DOCUMENT_TOKEN_TO_BE_REPLACED

Spotweb Filter Creator 0.4.0 has been released.

Two new languages have been added to this release, German and French.
Below is a screenshot of the German version, running in Linux Mint 14 (nadia). 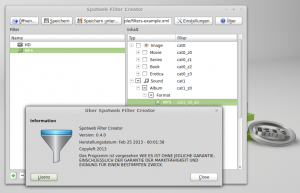 Also the mechanism to load the translations is now much more dynamic than it was before.
This is a little bit techy stuff, but Spotweb Filter Creator doesn’t need a recompile anymore when just adding new languages.

The available languages are now defined in the spotwebfc.lng file instead of hardcoded into the source code.

The translation project is “Free For All”, so feel free to contribute if you want Spotweb Filter Creator translated in your own native language :-)

Downloads for Windows, Linux and Raspberry Pi are available at the Spotweb Filter Creator project page. 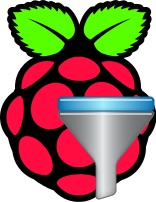 Today, I’ve managed to build a version of Spotweb Filter Creator for the Raspberry Pi.
I’ve built and tested it on the recommended OS: Raspbian Wheezy.

For the Raspberry Pi owners who want to play around with it, head over to the Spotweb Filter Creator project page, and download the RPi version.